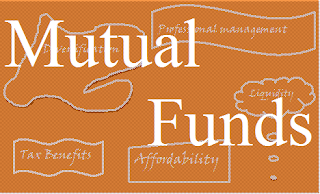 Everyone wants to increase the return on her/his investment. High returns available from the stock investments attracts attention of the large number of investors but lack of expertise required for stock market investment due to high risk factors, most the investors either burn their hands or avoid investing in stocks. For such investors, mutual funds are the best investment avenue. Also with the rise in income across world, mutual funds have been gaining popularity. At the same time mutual funds now a days provide different types of investment opportunities depending on investor's required return and risk bearing capability.

The history of mutual funds go back to the times of the Egyptians and Phoenicians when they sold shares in caravans and vessels to spread the risk of these ventures. However in the modern times a Dutch merchant, Adriaan van Ketwich, is credited for the mutual funds. He pooled money from a number of investors to establish an investment trust – the world’s first mutual fund – in 1774. And the financial risk to the small investors was spread by diversifying across a number of European countries and the American colonies, where investments were backed by income from plantations, an early version of today’s mortgage-backed securities.
The establishment of investment companies which provided an opportunity to small investors to invest in the equity markets attracted the investment opportunity in the stock market. The first investment company was The Scottish-American Investment Company, set-up in London in 1860. Initially, these investment trusts became very popular and their number increased to over 50. But most of them were wiped-out in the 1890 stock market crisis.
When investment companies were revived in the 1920s with the boom phase in the stock markets, their growth was more in the US than in the UK. In this phase, open-end investment companies were more in vogue as they were allowed to borrow money for investing in securities. It was during this period that the first mutual fund, the Massachusetts Investors Trust, was formed in Boston in 1924. However, the mutual funds went overboard in borrowing funds, and recklessly invested the surplus funds in the stock market. When the market crashed in 1929, the value of the shares of these over-leveraged firms totally eroded.


After the World War II, as various countries started to reconstructed themselves, the stock markets revived too, and so did the investor’s interest in mutual funds. By 1965, the number of shareholders of investment companies had grown to over 50 billion among themselves. The mutual funds started investing in the bonds market as well.


As these funds invested predominantly in the equities market even in the late 1960s, the stock market decline of 1970s again resulted in the returns on mutual funds becoming unattractive for the investors. While the stock markets were not providing attractive returns, the interest rates on demand deposits in the banks were held at low levels by the Government. This prompted the investors to rush into investing in the money market. The mutual funds caught on to the trend and came out with money market funds. The success of money market funds accelerated the evolution of other kinds of innovative mutual funds like fixed income funds, tax exempt mutual funds, junk bond mutual funds, emerging market mutual funds, etc. United States of America leads in terms of size of mutual fund industry in the world.

With the formation of Unit Trust of India (UTI)in 1963 by an initiative of the Reserve Bank of India (RBI) mutual fund industry in India started with an objective to attract small investors and introduce them to market investments.
Investing Mutual Funds